It might not be what the mobile operators had in mind when they launched their picture-messaging services, but it does at least generate traffic and revenue for them. Nico MacDonald, a design and technology strategist with Spy, a consultancy based in London, notes that technologies often thrive when people start using them for purposes beyond those for which they were originally intended. With camera-phones, that process would appear to be well under way. 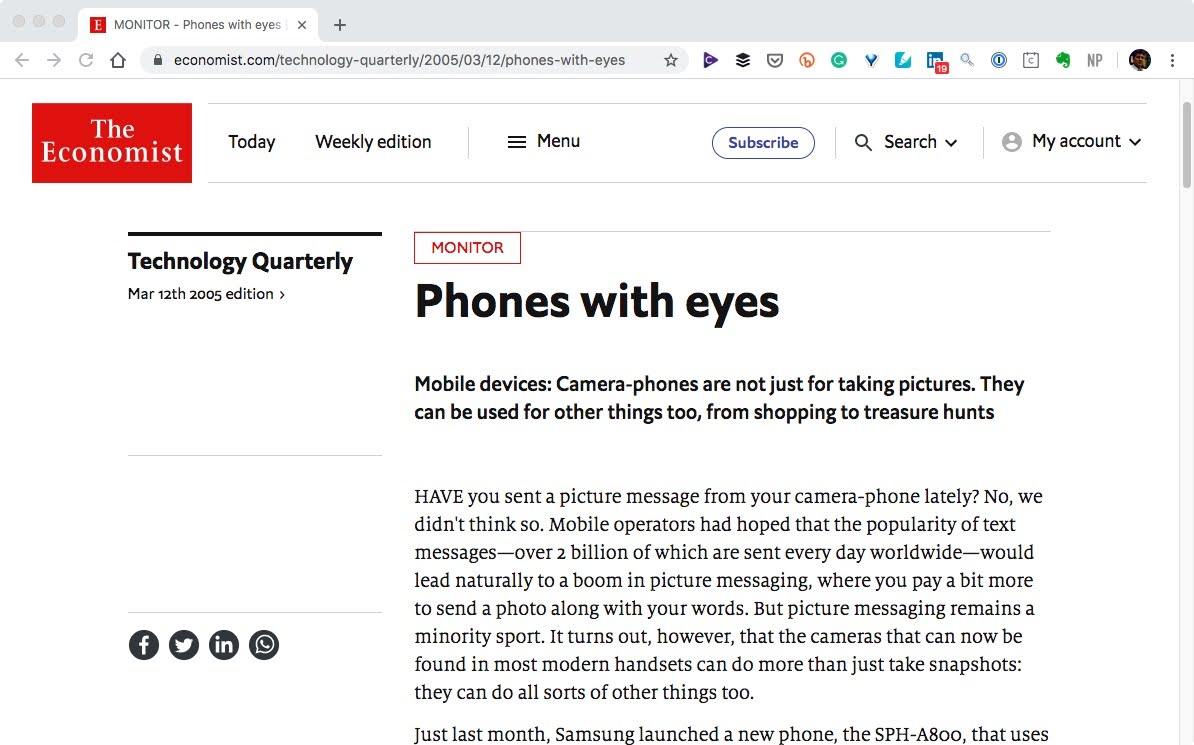