The BBC Radio 4 Money Programme edition Total Recall: The Toyota Story recounts Toyota’s major vehicle recall in the context of the company’s history. Though it takes far too long to do it, and is accompanied by annoying music, it gets interesting about 20m in when it describes Toyota’s ‘just in time’ production model (inspired by the inventory strategy of the US Piggly Wiggly self-service grocery chain) being a response of post-War material shortages in Japan. It also charts Toyota’s encroachment on the US car market, beginning in the 1950s, including some wonderful TV adverts from the 1960s/70s. [Producer: Ruth Shurman] 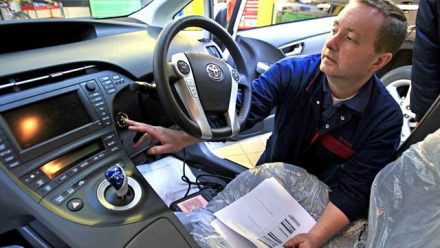